Find The Queen by Damien Vappereau 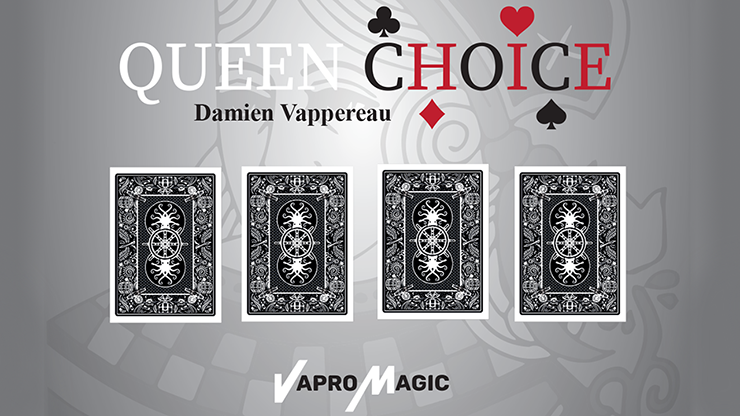 Damien Vappereau revisits "B'Wave" by Phil Goldstein. Discover a simple, automatic, direct, and confusing version for the public. The magician presents some cards face down while explaining that they are the four Queen. He then puts a card aside, still face down. Then the effect begins: A spectator chooses a color; the magician shows that he had predicted this color choice. Then, the spectator names a Queen, and the magician returns the card to the table. It is indeed the Queen named by the spectator. To finish the magician returns the three remaining cards on the table. By putting them together like a puzzle, they form the named Queen. Very simple, easy to present You receive an internet link to access an explanatory video in French. Receive, open and in less than 5 minutes you can make it!