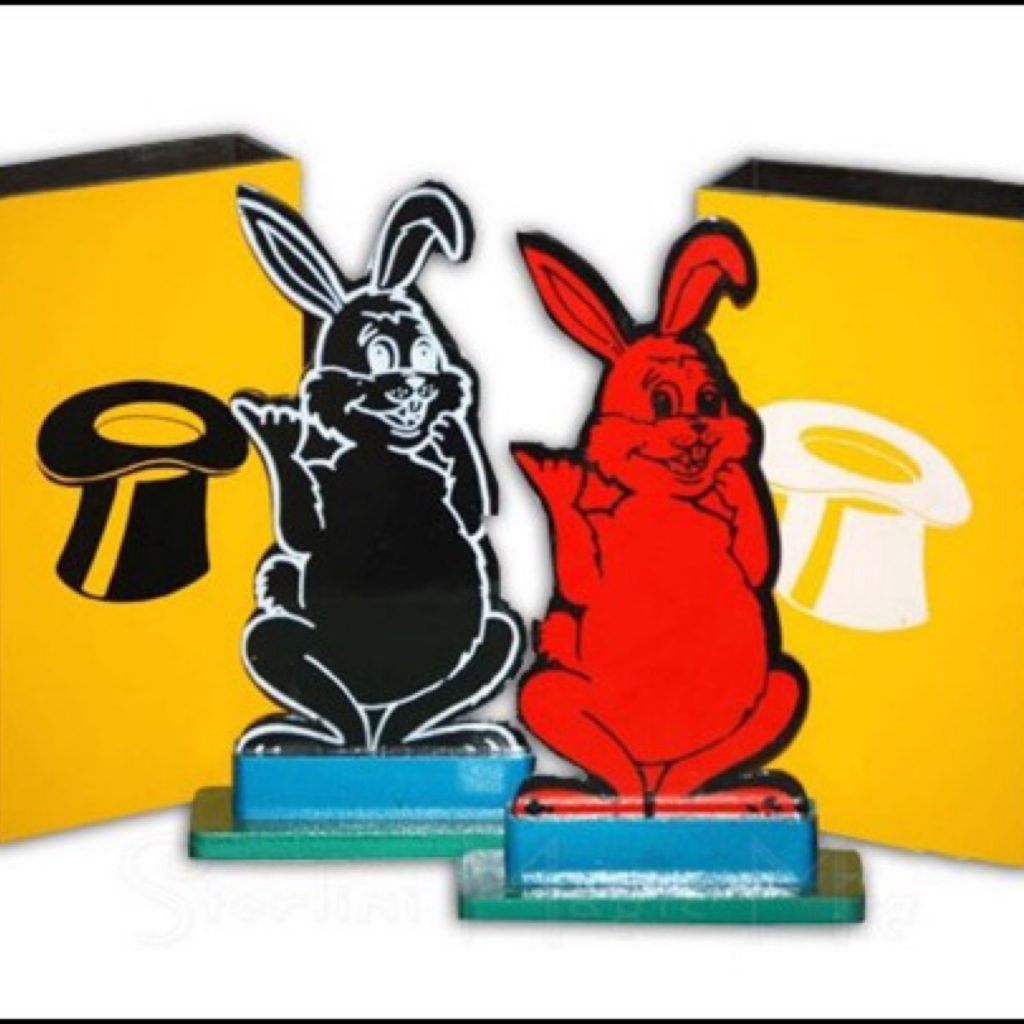 This is a perfect children’s magic trick that even surprises the grown-ups. Two wooden cut-outs of rabbits are seen to be standing on the table. One rabbit is white while the other is black. Two covers are next shown to be absolutely empty, one has a white hat drawn on it while the other has a black hat. The cover with the white hat is used to cover the white rabbit, and the cover with the black hat is used to cover the black rabbit. After some magical posses, the covers are lifted to show that the white rabbit is in the black cover, and the black rabbit is in the cover with the white hat. The change is performed once again so that the rabbits return to their original position. When the effect is done for the third time, the children understand the secret and complain that the white rabbit is painted black on the other side, and the black one is painted white on the reverse side. At first, the magician seems not to understand what the spectators are saying as he turns the rabbits upside down and turns around himself. When he finally understands, he asks someone to come up on stage and turn the rabbits themselves. Now it is seen that one rabbit is red and the other is green on the reverse side. A surprise ending that always gets a laugh!