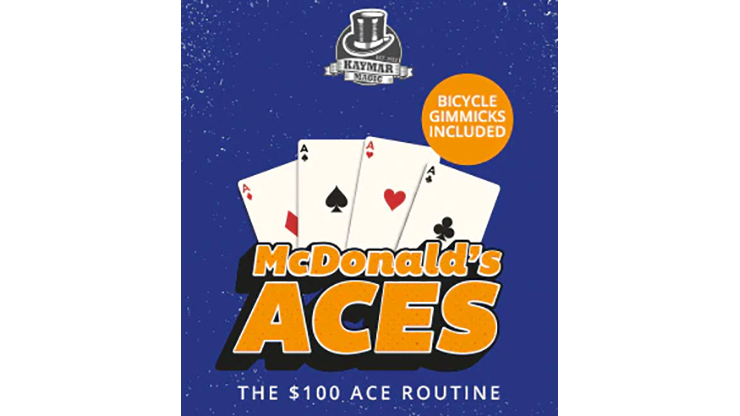 The 'Ace Assembly' is a classic trick, where the four Aces are dealt out in a line, and three odd cards are dropped on top of each one. One at a time, the Aces vanish cleanly from their packets, all assembling in the last packet, that a spectator has had their hand on top of since the beginning of the trick! Includes the Special Aces (that will work with any USPCC deck with regular faces) and Liam's KILLER handling in a video explanation for performing one of the greatest card tricks of all time!