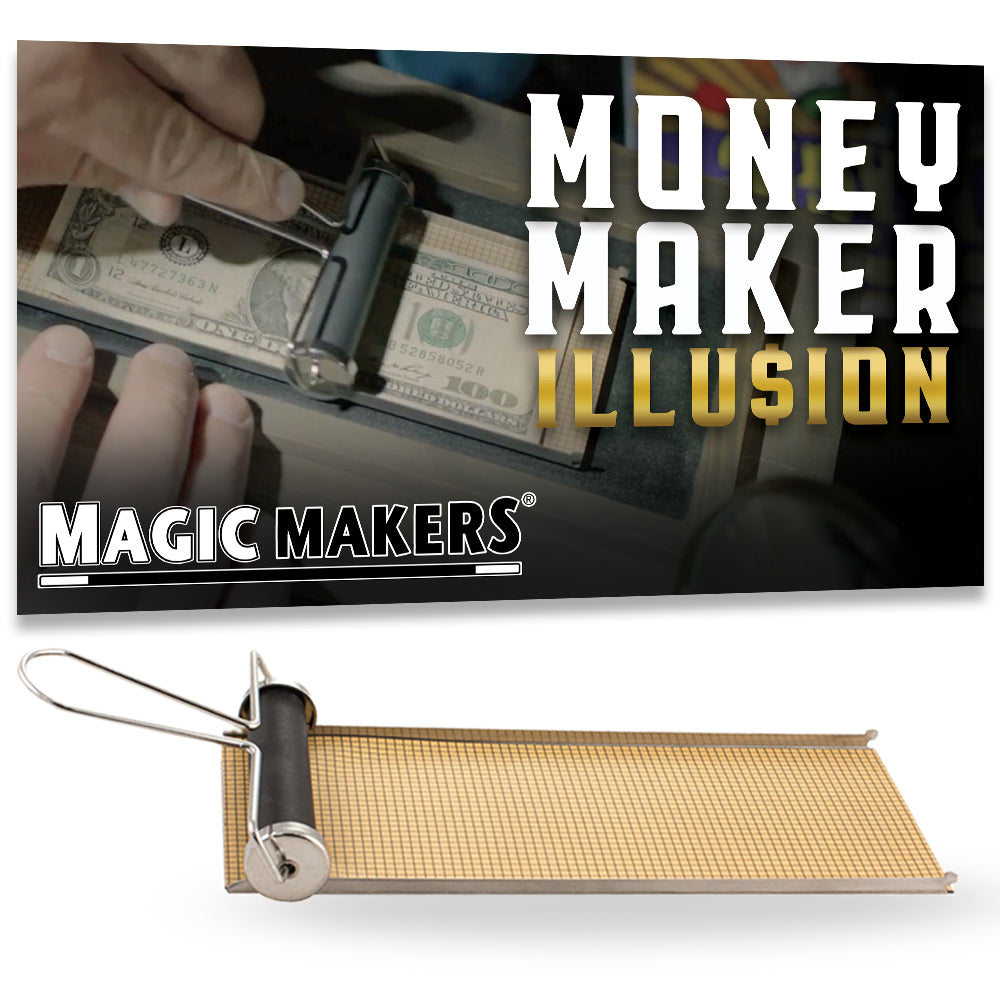 One of magic's oldest tricks is now being made in the highest quality by Magic Makers. Magically roll across the bill in the money maker transforming it into another bill; highly visual! Can be used with many different bills to do the transformation. Easy to use. Own a piece of magic history! A brief history of the Money Maker Effect: 1st. in 1891 to Alois Miklas of Vienna Austria-Hungary with assignor to George Borgfelt & Co. of New York (toy manufacturer) Patent #453201 2nd. in 1905 to William Horrocks of Littlefalls New York as a toy. This was the first flat model. Patent #783203 3rd.in 1909 to Frank L. Oleson of Chicago Illinois 4th. was issued in 1923 to Fred Densmore & Christian Kessler. This model was the one that influenced the Thayer Owen models. This is also the model that was used by Laurel and Hardy in their 1942 film A Haunting We Will Go which also featured that great loved Illusionist Dante. Patent #1473214 There have been lots of variations built and manufactured over the years but the S.S. Adams Co. probably made more versions of the money maker than anyone else. As far as the very first? Bart Whaley in his Encyclopedic Dictionary of Magic says that a money maker was marketed in W.F. Hamley's catalog in 1882 as The Marvelous Printing Machine. Video: https://vimeo.com/68876970