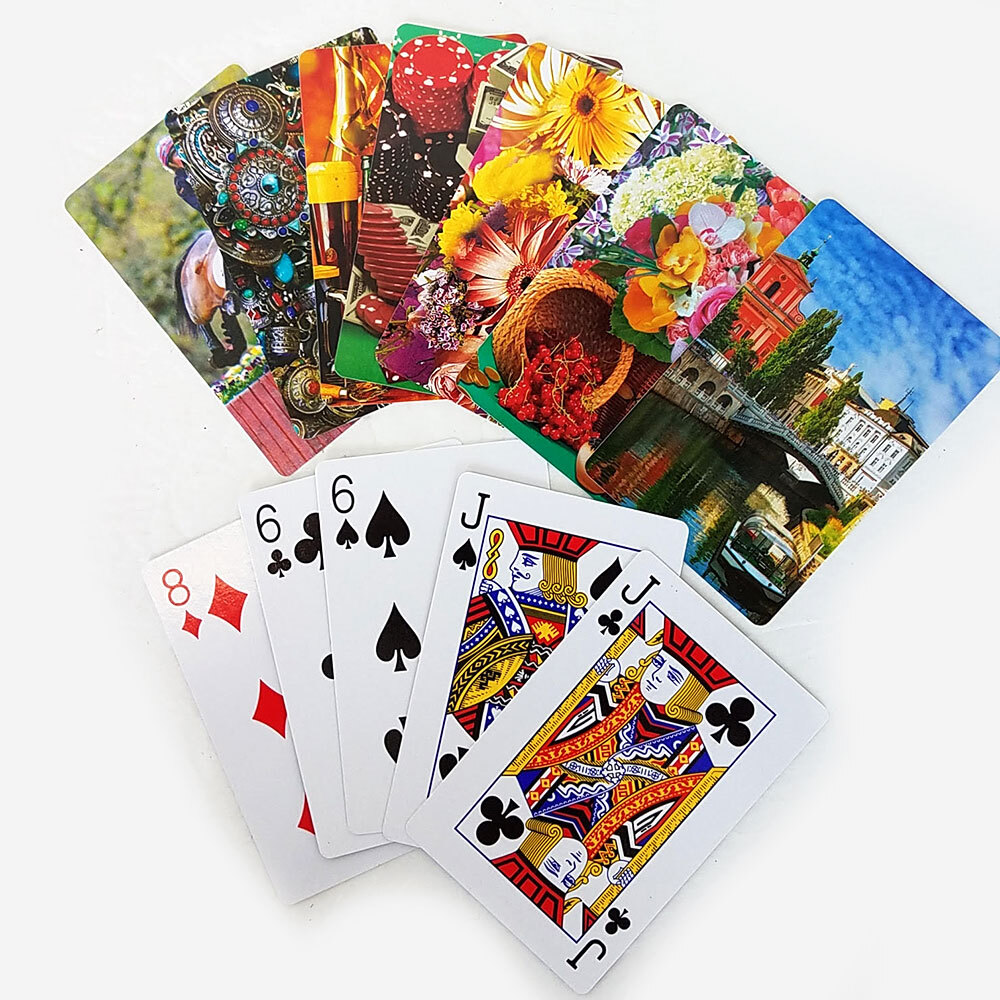 The magician displays a deck of cards. The cards are different from a normal deck because all the backs are different. The magician removes two prediction cards from the deck, placing them face-up on the table. Two spectators place the cards back into the deck at positions they select. The magician then removes the two face-up cards and also the card just above each of them. The pairs are a perfect match for value and color! For example, if the face-up card was the Five of Clubs, the face-down card is the Five of Spades. Then he turns both the cards in each pair face down and the backs match perfectly, although all the other cards have different backs with no other duplicates. For a final climax, the rest of the deck is turned face up and the magician ribbon spreads the cards on the table. All of the cards' faces are found to be identical, and different than the two pairs. Comes complete with the very special deck and instructions, the trick almost works itself.