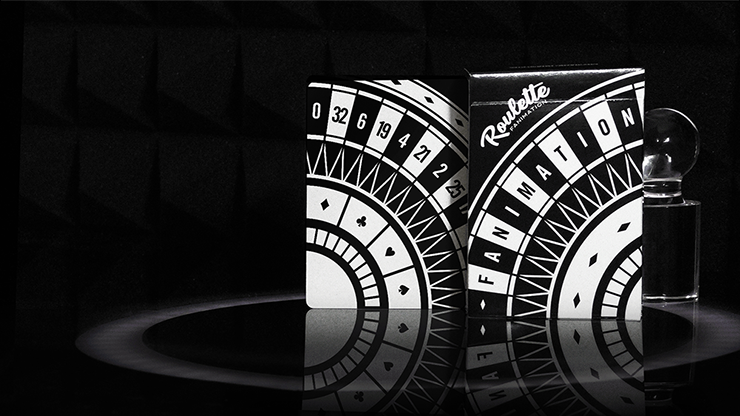 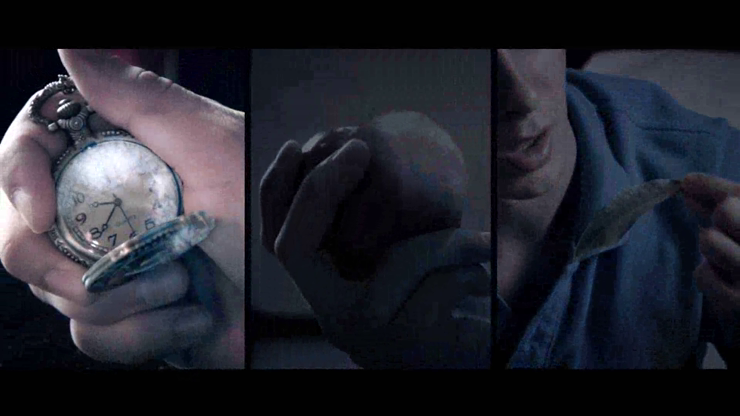 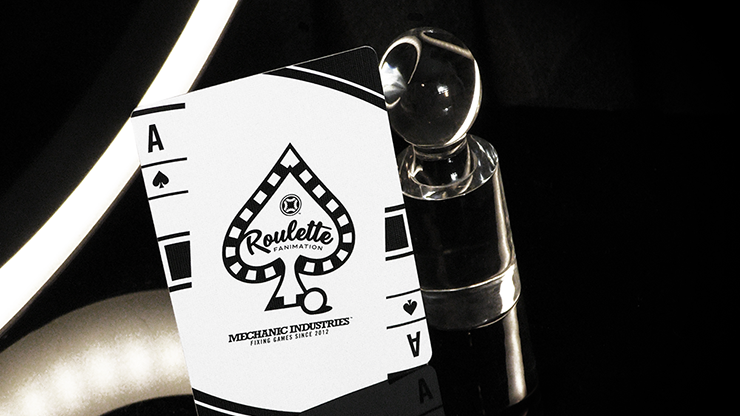 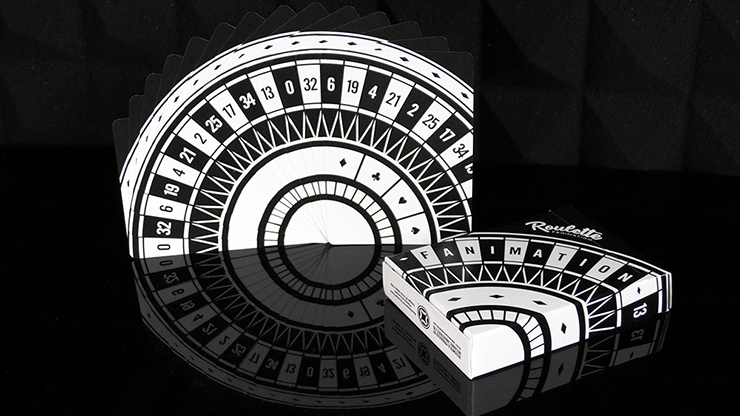 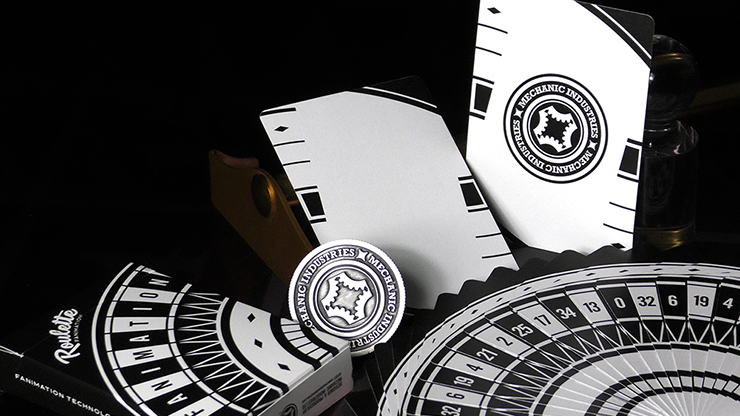 FANIMATION PLAYING CARDS Our original Roulette Deck was praised for its innovative and creative flip-book animation. Now we've taken that concept, re-engineered and re-envisaged the Roulette Wheel on a whole new scale for cardists and magicians. Our Fanimation deck is a bold, striking, and borderless one-way deck that exploits some really cool design principles themed around the roulette wheel, which will help you maximize the visual aesthetics of your card flourishes. New Fanimation Technology The Fanimation Deck features a brand new partial-animation system, the color step animation works in a fan to create a larger picture. Unlike other fanning decks that simply create horizontal patterns, our Fanimation Technology fills in the missing vertical part. Now you won't merely produce a series of shapes or colors, but can create a genuinely complete and accurate image, allowing for jaw-dropping displays. Fanimation for Flourishing The design of this new deck revolves around a tight pivot point that is ideal for 360-degree fans and pressure fans, big displays, cascades and much more. As long as you're able to do a proper fan, these cards will come alive in the hands of experienced card flourishers. Your cuts, dribbles, isolations, and other flourishes will easily link up together, to create a whole new look, whether you're performing cardistry or card magic. Fanimation for Magic Thanks to our ball stop animation, you can also use the fan display not just as eye candy, but as a base for some killer magic tricks. When fanned, the ball is displayed on a single number slot, allowing you to use the 'countdown' principle to reveal your spectator's chosen card. We've also built in a way for you to combine this with our original Roulette deck, so you can extend and strengthen any existing Roulette-themed routine. For our magician friends we have also incorporated an ingenious card reveal in a way that you've never seen before. It is activated by fanning the faces. You can fan one way and show nothing; then you simply turn the deck end-for-end and fan to show the reveal for the 10 of Clubs. Custom Courts & Faces Fully custom faces allow for great-looking fans and displays on both sides of the cards. All the court cards have been expertly redesigned to match the striking good looks of the deck, to help create a strong impression, inspired by the roulette wheel, regardless of whether you are looking at the fronts or the backs. Fully Marked Cards The Fanimation deck also doubles up as a marked deck. We've polished and improved our original ideas, and our coded marking system is now easier to read than ever before. Other Features for Magic Our best-selling Grinder Coin makes a return on the custom Jokers, a feature you can use along with the blank facer provided to pluck a coin from the card into real life. This supports the gambling theme that drenches this deck and enables you to add another layer to your magic routines. In the process, it will also unlock our existing catalog of tricks based around this concept. Finally, we've included a red-backed card, just as we did with the original Roulette deck. This enables you to perform your favorite color-changing deck routines and to get the most out of the tutorials provided with this deck's predecessor, giving you access to even more tricks and ideas. Tutorial Of course, with this deck, we will also provide you with a free tutorial that will teach you all you need to know, including how to link this with the ball stop animation feature. And we'll give you tips about what fans work best, and cover the finer points about how to generate amazing visuals. The sky's the limit for what you can do with our new Fanimation Technology, and we can't wait to see what ideas you'll come up with when combining this with your own creativity and flair! If you want to add flourish to what you already do, we know you'll be a fan of this deck. You have to be able to perform fans like these to get the most out of these cards, it's not a deck for beginners.