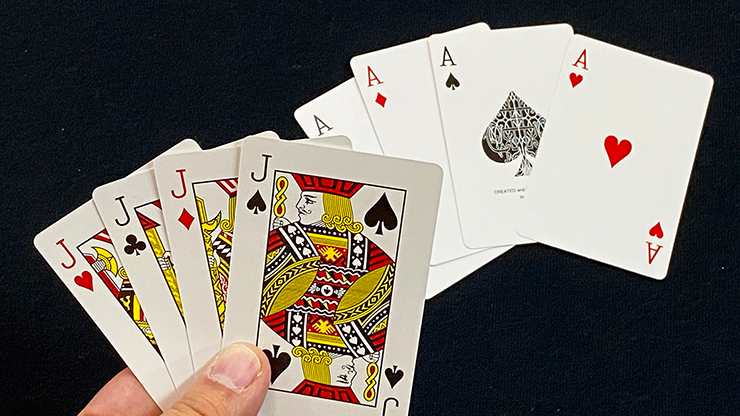 "Charisma is an invisible power that enables its possessor to influence other people. Similarly, there are some cards in a deck that have charisma over other cards. Let me show you." The magician holds four aces in his hand and shows four jacks on the table. The charismatic Jack of Hearts is placed face down on top of the four faceup aces. The magician commands: "Atten-tion!" Amazingly, all of the aces turn face down in response to the jack's power. Another command: "Round'em up!" Suddenly all the aces in the magician's hand transform into the jacks. The aces are now found on the table. Created by: Tomoyuki Shimomura English instructions by: Steve Cohen Illustrated by: Nariyuki Yoshihara